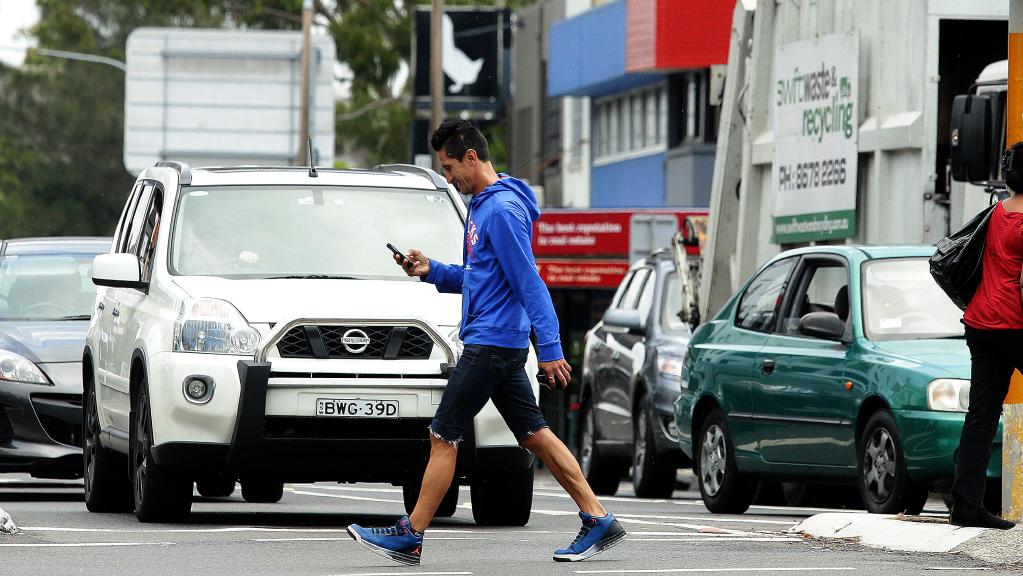 I was walking in town the other day, and as I approached a pedestrian crossing, an elderly lady just in front of me, I would say in her early sixties, just walked out into the path of an approaching car. I automatically put my arm out just in time to stop her. She was only about a foot from being hit.

I don’t know about you, but that would have shaken me up. The fact that I had nearly been hit by a car and not realised it. Her reaction worried me the most. She just gave me a look as though to say “what do you want” and realising what she had done, gave a laugh at me and across the road to her husband and friend, before looking straight back at her phone!

As I drive round all day, this is far from a rare incident. The BBC the other day were saying how being online was leaving children open to danger. However, I would suggest that not looking at the road they are crossing because they are so busy looking at their phones or listening to music with headphones on, is much more of an everyday risk.

Almost without exception, when I take a pupil into town for the first time, they are shocked at how bad people are at not looking before they step out. They all say how it makes them think twice when walking in town themselves.

Be safe. Extra care when you can see someone on their phone or listening to music.

This April, I have a great offer!

Tom Lane
11:44 29 Jul 20
Would highly recommend. Mike really builds you from the ground up working, through all the fundamentals whilst challenging you ever lesson . I always felt like i had progressed when i got how the car.

Saintly Days Of Yore
11:47 03 Mar 20
I cannot recommend Mike enough. As an instructor he’s everything you could want; patient, knowledgeable and all round nice guy. Really takes the time to focus in on the specifics of what you’re struggling with and has a very pro-active attitude! With Mikes help I passed first time!! 5/5 stars! Thank you Mike for all your help!

Ciaran Ruttledge
14:15 06 Feb 20
If I could Mike give 0 stars I would. I thought he was a very poor instructor. Made you go around a small estate which was nowhere near the test route for 30/45 minutes every lesson. He drove you there. Even after doing more than 10 hours. He also use to finish early every lesson. One lesson he finished 15 minutes early. I was completely gobsmacked!! Could not believe it. 15 minutes taken off a 1 hour 30 minute lesson. Literally couldn't believe it. He also has a real lack of trust with his drivers. He was always touching the wheel while I was at the wheel. Very condescending in his critique. I have now had 3 lessons with another instructor and I have drove the whole time without any touching of the wheel, driving me places or finishing early. It is not like I am not a competent driver. And to finish it off. I discussed pushing for my test and trying to push myself as I had limited time. We agreed that I could book it earlier and if I wasn't ready then we could rearrange it as DVLA allow you 3 workings days before your test to rearrange. I had 5 more lessons(7.5 hours, and two and half weeks) booked in with Mike until my test that I had booked. I informed him of the date I booked my test. This was his response: "Hi Ciaran. I have decided to not continue teaching you. It was a push to be ready for the previous test date. Mike" Two and a half week before my test! Leaving me without a driving instructor!!! Just incredible. I have had to rearrange my test and look for a new driving instructor. Thankfully I have managed to do that and the new instructor is more than happy to put me in for my test. I will make sure to let you know when I pass my test first time! Mike feels that people should take 45 hours to pass their test. This is his own words. I believe he slows down your progress in order to make more money. Thankfully we have reviews now that are now so valuable! I would not recommend Mike to my enemy. Thankfully business is all about referrals and reputation and I do not believe his business will be around for much longer!

Steve Harley
22:15 20 Feb 19
As a nervous driver, I highly recommend Mike. He is a very calm teacher, who builds confidence in his students as they're growing their skills. I really appreciate the warm ups he does: (as the area tackles every base of driving) before moving onto tougher routes. I can't recommend him enough!

Jamie Gibson
10:41 29 Jan 19
I highly recommend Mike as a driving instructor, he's patient, friendly and gives great clear advice and feedback every lesson. The area he uses as a 'warm up area' if you're just starting or need to relax before you tackle busier and faster roads is perfect with a great variety of junctions and road layouts to get used to driving. I really enjoy my lessons with him.